Who doesn’t know Yumna Zaidi and who doesn’t watch her dramas? Everyone knows of the versatile, charismatic actresses. Yumna Zaidi appearance in Sinf-e-Aahan and Isqhq-e-laa shows the variations of characters she can play, adding life to the story. Although, the actress has bagged many roles inside the country but has never been seen in an international project. An actress of her caliber, can fit into any role and make it a hit in a matter of time. The word has it that Yumna is coming back with another strange yet very compelling character. Yumna Zaidi stars in Crestar and the Knight Stallion.

Yumna Zaidi in Crestar and the Knight Stallion

We know if it’s Yumna Zaidi then it’s never going to be the same thing. She tries and blends in different roles and settings. But her recent role has left everyone in shock. Yeah, seeing Yumna playing a role in an upcoming superhero show has stunned us all.

This show is about two superheroes trying to protect the world while getting a good beat from their desi mothers at home. Yumna is seen playing the role of a potential wife of one of the superheroes. The show already interested us because of Yumna Zaidi but after watching the entire trailer we are just waiting for its release. Crestar and the Knight Stallion with an Arab-desi duo make it an action-packed comedy show. Just the trailer had us burst into laughter, imagine what would the show do to us.

Moreover, depicting a desi household with desi moms being the desi moms is just what everyone wants to watch. This is definitely going to be a binge-watch show.  It is produced and directed by Ajmal Zaheer Ahmad under the Exxodus Pictures banner. Other than the trailer not many details have been released regarding the release date and platform.

The graphics, cinematography, and storyline hint that the show is going to be released on a big and famous platform. But for now, the news of Yumna Zaidi playing a role in this upcoming show is enough to get us excited and wait for its release.

We are certain, like all other projects of Yumna Zaidi, Crestar and the Knight Stallion is going to be a super hit. 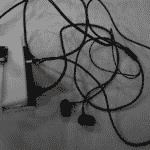