The Pakistani rupee made huge gains against the US dollar in the interbank market in the ongoing month of August. The rupee appreciated more than Rs9 in the intraday trade and is being reported at Rs228 per USD. The State Bank of Pakistan tweeted:

According to the SBP’s tweet, the rupee appreciated by 4.19% in the first week of August. The rupee has recovered for a fourth consecutive session after weeks of persistent declines in its value which has been largely attributed to the ease in import payments.

Pakistan’s currency rose by the most in more than five years and its dollar-denominated bonds surged on higher export-related payments and optimism the beleaguered country is inching toward securing a bailout from the International Monetary Fund.

According to the latest data issued by the Pakistan Bureau of Statistics, Pakistan’s merchandise trade deficit for the month of July 2022 clocked in at $2.64 billion compared to a deficit of $4.96 billion in the preceding month, narrowed by 46.77 per cent, that also helped reduce pressure on the struggling rupee.

However, analysis by Trading Economics showed that the Pakistani rupee “is likely to remain under heavy pressure, as the political turmoil continues and both the US dollar and commodities remain high, weighing on the country’s reserves and threatening the external position and public financing conditions.”

Nevertheless, it is important to remember that currency markets are highly volatile, making it difficult for analysts and algorithm-based forecasters to come up with accurate long-term predictions.

Whether the Pakistani rupee will appreciate or depreciate in terms of dollar in the coming months of 2022? Who’s to know. 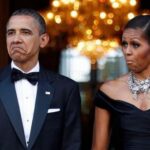 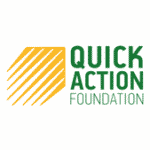