Pakistan has been a hockey champion for over two decades. It has suffered a lot because of inadequate policies. We have some great news ahead of Asia Cup 2022. The hockey team is all set to get international exposure in May. It is a much-needed boost needed for the hockey team as the top European nations have offered seven international matches. “The Pakistan Hockey Federation (PHF) has completed at least seven international matches during the two-week tour to Europe in the latter half of April.”

The higher PHF officials said, “After missing the last World Cup and Olympics, the opportunity has finally come for the former world champions to regroup and restart the quest for excellence. Our main aim is to first qualify for the semis of the Asia Cup and ensure a place in the World Cup to be held next year in India. Since four top teams from Asia Cup will qualify for the next year, a semis place will ensure that. More importantly, a victory in the Asia Cup will give us a big boost and that is what we are looking at.”

The tour to Europe will start on April 26-27 with two back-to-back Test matches against Holland. An international Test match will follow it against Belgium on April 29. Germany will be Pakistan’s next opponent on April 30.

The Spanish Hockey Federation has always supported Pakistan’s hockey. It has offered to play three Tests against the touring Pakistan team on May 2-3 and 5. Pakistan has also offered France to play two Test matches on or around May 6-7. French hockey wanted to host Pakistan on the same dates that Spain offered. Since Spain’s share of the matches was finalized first, they have offered France to arrange tests at the end of the tour to Spain.

The officials added, “The tour to Europe is highly important considering the lack of international exposure the team has at this point. With Asia Cup will also serve as the qualifying round for the 2023 World Cup scheduled to be held in May in Jakarta (Malaysia), at least seven international matches ahead of the important tour would benefit the team in a big way. French hockey is considering the option and would communicate with us in the best slot in the due course. However, all other matches are confirmed. We expect the official announcement within a few days. Pakistan is expected to leave for the European tour in the third week of April.”

Pakistan will be back on May 9. They will go through one week of training camp before leaving for the Asia Cup in Jakarta.

PHF hosted a reception in honor of former German Olympic hockey silver medallist Stefan Blocher in Lahore. He shared about the times when he used to play in Pakistan. He said, “I am very happy to be in Pakistan. I hope the Pakistan hockey team will make progress with the new coach.”

We are excited to see the Pakistan Hockey Team performing in the Asian Cup and bringing back the glory that it once had. 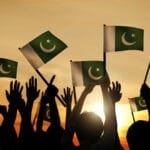 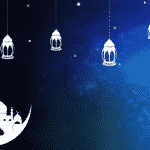