According to the news sources, the draft was approved after the Joint Staff Headquarters (JSHQ) proposed the signing of the agreement and the foreign ministry, as well as the Directorate General of the Inter-Services Intelligence (ISI). So, it was decided that Pakistan Army will provide security for FIFA World Cup.

According to the statement, “The agreement contains modalities for the deployment of troops for security assistance during the FIFA World Cup 2022. The agreement aims to define the obligation of the two parties, the specific specializations, and the number of security personnel to be sent by Pakistan to participate in the security and safety operations.”

Prime Minister Shehbaz Sharif is on a visit to Qatar for bilateral cooperation. He will visit ‘Stadium 974′ in Doha, where he will be briefed about the preparations by the Qatar government to host FIFA WC.

Earlier, Turkey’s interior minister Suleyman Soylu said the country will send 3,250 security officers to Qatar for the World Cup, and Ankara had also trained Qatari security personnel ahead of the competition.  NATO had also confirmed the security during the event. In a statement released, “As part of the close cooperation between Qatar and NATO, the North Atlantic Alliance will provide support for the security aspects of the World Cup.” 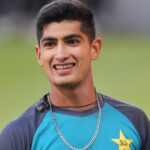 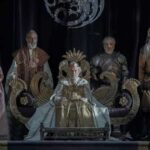