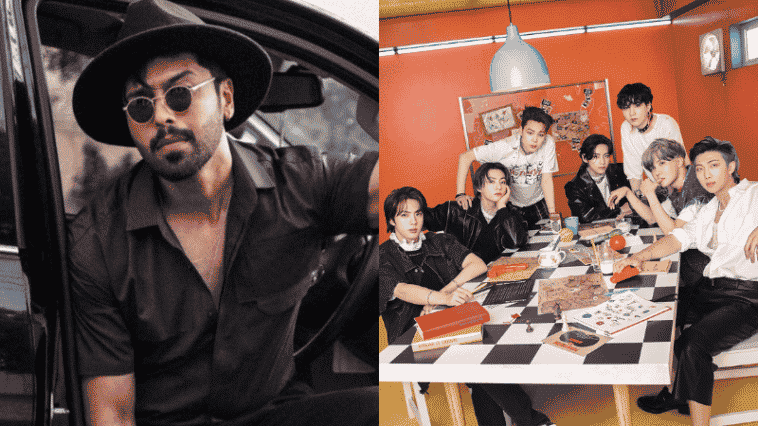 It all began with an interview of Fahad Mustafa where he mentioned his daughter’s undying love for BTS. The stars of the upcoming movie Quaid-e-Azam Zindabad, Fahad Mustafa and Mahira Khan appeared in an interview where they talked about their experiences while shooting. The conversation was as casual as any celebrity interview before it took a turn.

Fahad Mustafa revealed that his daughter, Fatima, “doesn’t really care [about him] anymore because she’s 11 now” but his son is currently trying things out around Mustafa to get his attention. “He tries a lot and sometimes over-loves because I’m close to my daughter and now him. So regardless, he follows me without a purpose. Fatima, she’s a BTS fan so she doesn’t care.”

And BTS fans were immediately offended.

Upon being asked if he has ever heard the K-pop sensation’s music, Mustafa replied with a straight up “no, hell no” to which the host asked why. He said it’s his “choice”. The host said that if his daughter is listening to BTS, then so should he, to which the Load Wedding actor said he doesn’t even know his daughter’s favourite song by the band. “I called them Behind The Scenes band and she responded with ‘no papa!’ It’s…I don’t know Bangtan So tol something, I don’t know. She speaks Korean, she doesn’t speak Sindhi, what is wrong with these people?”

He spoke about his daughter Fatima being an ARMY – one of the unfailingly loyal fans of K-pop super group BTS – and how he doesn’t really like it very much. That didn’t go down well online.

His remarks irked many followers of the band who took to Twitter a mission to name Mustafa out.

BTS topping all musical charts in Pakistan, dominating social media trends, getting more attention, their fans doing successful projects and so called famous actor said…who is BTS???
Who are you Fahad Mustafa???

If I was a loaded producer, I would genuinely wonder what about Korean pop culture is appealing to my teenage daughter to the point that she is learning a new language.

But when you are Fahad Mustafa you can just invest in another show where a woman falsely accuses a man.

Fahad mustafa should atleast respect her daughter, making her feel guilty and inferior in front of whole media and making fun of her choices is just so ridiculous

The things I had learned from BT5 and all the kdramas they taught me life lessons and way to live with my mental peace. TBH they wanted attention for their upcoming movie which they have now
Seriously in Pakistan armys are also getting used to get attention!😒
Simply ignore them

Fahad Mustafa if you're soo genuinely curious about Kpop then maybe research? Why everyone is so in love with their content? What makes their content worth watching? And then maybe you'll realize what makes your content trashy and unlikeable 🤡 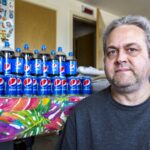