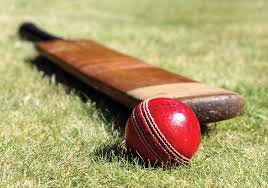 A lot is happening in the cricketing world. The county championship is the main attraction for cricket fans. Our players are stealing all the light in the best manner. We are truly proud of them. We are back again with more news from the cricket world. Cross your fingers and stay with us.

Shan Masood is definitely the star of the county league at the moment. He had already made 239 against Sussex. But wait, he has scored another double ton, making him the first Pakistani to have this honor. He is in his best form as he scored 611 in just four innings. After Arshad Parvez, he is the 2nd Pakistani batter in first-class cricket. He had scored 243 vs Baluchistan and 236 vs MCB in 1978.

Our players are o fire in the county cricket. Hasan Ali had his debut with the 5/94 against Kent coming back in form. On another day against Gloucestershire, he did a magical spell of 6/47. We know that there is no stopping him.

Muhammad Amir has signed a three-match deal with Gloucestershire. He will play against Surrey, Hampshire, and Somerset. He said: “The County Championship is an amazing competition and I can’t wait to get going with Gloucestershire. I love playing in English conditions and I am feeling really good, so I hope I can perform well for the team. I am excited about the challenge and will try my best to help Gloucestershire win some matches.”

Steve Snell, Performance Director at Gloucestershire Cricket, said, “Amir fits the bill perfectly for what we need and we’re confident he will be a great addition to the squad for those three matches. He has indicated his hunger and desire to make pivotal contributions during his time with us and we look forward to making him feel welcome in Bristol with Gloucestershire.”

The experienced international will be available to play in three County Championship matches for Glos in April & May.

During the PSL draft, PCB Chairman Ramiz Raja announced the installation of two readymade pitches. They have appointed Damian Hogg, the head curator of the Adelaide Oval as a consultant to materialize the idea of drop-in pitches. He will arrive in Pakistan next month to start the implementation process. 13 pitches will be upgraded. They will use Australian soil and Bermuda Dhaka Grass in the pitches offering bounce and pace.

Mohammad Hasnain was banned in the middle of the BBL for his bowling action. We are thrilled to know that he would be back on the grounds as his bowling is being modified. This is a big relief for all of us. He is available to play international cricket now.

Alen Gardner praised Rizwan for his prolific performance, “Twenty20 batting is supposed to be a volatile, high-variance occupation: boom-boom or bust. Occasionally, a player produces a purple patch to rise above the hurly-burly. But no one has had a year of such sustained run-scoring as Pakistan’s Mohammad Rizwan. Never mind seeing it well: he was batting as if blessed with foresight. And in a sense he was. After starring in Pakistan’s ten-wicket demolition of India at the T20 World Cup, his clarity of purpose was summed up by a viral video from the ICC that spliced his pre-game routine of visualization alongside the boundaries he struck during his 55-ball 79. The bare numbers had a formidable heft. Rizwan peeled off 1,326 T20I runs at 73 – breaking the calendar record, set by Ireland’s Paul Stirling in 2019, by almost 600. In all T20 cricket, he made 2,036 at 56. No one – not Chris Gayle, not Virat Kohli, not Rizwan’s opening partner, Babar Azam, who last year scored 1,779 himself – had ever got near 2,000.”

A stunning 12 months for Wisden's Leading T20 Cricketer in the World 🔥#WisdenAwards pic.twitter.com/P1nH4KufS7

Abid Ali is back on the field after he went through surgery. He made a comeback with a fifty in SPL (Faisalabad). He scored 56 in just 32 balls with six and seven fours. He said, “This knock has boosted my confidence and I will strive for my form and fitness by participating in more matches. My target is to represent Pakistan once again.”

The series was postponed due to COVId in 2020. The series has been rescheduled and the following is the schedule:

Iftar Event By England Cricket Board

The England and Wales Cricket Board (ECB) hosted its first-ever iftar event at the Home of Cricket, Lord’s Cricket Ground. It was hosted by renowned commentators Aatif Nawaz and Tameena Hussain. They have been doing efforts after the Azeem Rafiq racism scandal at Yorkshire Cricket Club to promote a positive culture inclusive of all cultures and ethnic backgrounds. The cricket fraternity and the journalists appreciated the initiative.

I've hosted and attended many Iftar events over the years. But last night's Iftar in the Long Room at Lords is one I'll remember forever. Thank you to @TameenaHussain, her amazing team, @ECB_cricket & @MCCOfficial for inviting me and trusting me to guide the evening. Honoured. pic.twitter.com/oLUIi2McV2

An idea born in 2019 as I walked into Lord’s came to life tonight – #Ramadan #Iftar at the @HomeOfCricket. An iconic occasion.

The most amazing night with the brilliant @AatifNawaz and some wonderful people!

You need not be a person of faith, only a person in possession of a soul, to find the adhan call to prayer reverberating around the @HomeOfCricket Long Room spine-tingling. A beautiful moment. pic.twitter.com/PGN2EsksOC

That’s all folks for the time being. Stay tuned to Neemopani and we will keep you updated about the cricketing world. 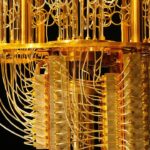