The world is constantly evolving and changing, and with it, we humans have learned to adapt to the new norms and trends. One of these was social media and its daily use which had the people in its grip. There are many ways through which a person can make use of their social media, and while there are some disadvantageous to it, there are mostly benefits to the idea. However, the new government has recently announced that they might think of banning social media. Why?

The Pakistan Muslim League Nawaz (PML N) is contemplating overpowering an absolute ban on all social media outlets in the country. During a social event with senior journalists, Prime Minister Shehbaz Sharif ensured that the PML N government will not take any step to hurt the media business.

Regardless, social media has been triggering states across the world and Pakistan is something similar. They ensured ways would be how to blacklist online amusement stages in Pakistan.

Also, PM Shehbaz said that it is a sad state of affairs that the state had to go through this defamation and thorough investigations should be done to clear the matter. He warned that running campaigns against the government would not be in their favour. it is damaging the image of the government which has just taken charge.

This could all be a lie and just propaganda–but there is also a chance that it is true and the government is trying to silence the voices of the thousands of Pakistani who are trying to speak in favor of Imran Khan, and PTI. It could be because of this that they are trying to keep the voices down.

No matter what the case is, we urge everyone to think carefully about what the right way ahead is and how to make sure that people are least affected because the truth is–if the government is to shut down or ban social media; people all over Pakistan will not keep quiet, and will use whatever medium that they have to make sure that their voices are heard. But at what cost? Because this would certainly defame the government.

All in all, we think it’s time that the government carefully think ahead to their plan and make the right choices. 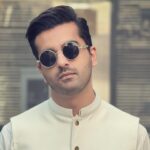 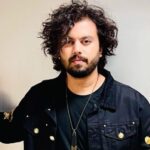