Pakistani cricket has faced a lot of trouble due to the country’s security condition over the years. After the terrorist attack on the Srilankan team in 2009, Pakistan had to suffer from playing cricket away from home. Till 2019 the situation continued, where Pakistan had to play its home series in UAE which was very painful for a cricket-loving nation that has given sweat and blood to it over the years. The Australian team is finally touring Pakistan after 24 years. The last they had toured was in 1998. The tour is finally confirmed and the schedule is out. We are excited to see the kangaroos playing in Pakistan. Husnain has been doing wonders in BBL, unfortunately, he is under the ICC radar for wrong bowling action. He has been banned from playing international and national cricket by PCB. Aik taraf Australians ne kya tour confirm tou dosri tarag Hasnain hoye ban, Ye majra kya hai?

2009-2019 has been 10 long years where Pakistan wished to bring cricket home. We have suffered a lot despite being given assurances to the International teams. Even the PSL in the initial stages had to be played in UAE, which deprived the fans to watch their star players play in the franchises. The New Zealand Team left in the middle of the tour due to a threat received, but they will be back this year to tour. Yet it is said that when the time comes, no one can stop you.  Sri Lanka and West Indies visited Pakistan which opened up gates for the international teams to visit Pakistan again.

Australia will be visiting after 24 years to grace the Pakistani grounds. There are talks of them visiting in March-April for a full-fledged series. Now it has been confirmed and the schedule of the tour has been officially released.

Australia have confirmed their first tour of Pakistan in 24 years 🇦🇺

Confirming the tour the CEO of Cricket Australia Nick Hockley said that he was thankful to PCB for initiating the process after 24 years and this would promote the growth and health of the game.

CEO CA declares the tour of Australia to Pakistan as a historical moment. Australia will tour Pakistan in March after 24 years.#PAKvAUS | #LevelHai | #GreenTeam | #OurGameOurPassion | #KhelKaJunoon pic.twitter.com/kt1vhZ7Wqt

Australian Captain Aaron Finch said that it is always amazing to see Pakistan thriving in cricket. It has been unfair to cricket that Pakistan has been deprived of playing cricket.

Australia is set to visit Pakistan for the first time since 1998.

Australian Fast Bowler Josh Hazlewood said that he is relieved after Cricket Australia has reassured his security concerns.

Australian Cricketer Usman Khawaja, who is the first Muslim to play in the Australian team is excited about the Pakistan Australia tour. He said that he wants to score runs in the country where he was born.

The tour will start on 4th March and end on 5th April.  It includes:

The matches will be played in

Storming into the BBL with a debut of 3- 20 for Sydney Thunders, he had made a mark proving himself as an asset for the national team. There were speculations about his bowling action. It became clear when the International Cricket Council-accredited biomechanics laboratory in Lahore confirmed his tests for the action. He was also part of Quetta gladiators where he is replaced by Sohail Tanvir due to his unavailability now.

Nothing confirmed yet, but it doesn't sound like good news regarding Mohammad Hasnain's bowling action tests. Sarfaraz Ahmed "we suffered a setback just before the toss and we had to make a change as Hasnain was in the original team" #PSL7 #QGvIU pic.twitter.com/JCJazmgpqi

The fast bowling Technician Ian Pont raised the point that Hasnain should have been guided to improve his action which was ignored earlier.

Regardless of what you think about the lad #hasnain he has been allowed to develop with a front foot at this angle. It could/should have been improved to help him. Let's hope he gets the proper help to correct his action and makes the right improvements #HBLPSL2022 pic.twitter.com/2Blc6pAr69

Sad to read about @MHasnainPak situation. As pointed out previously – and on many occasions – if coaches ignore technique they leave a bowler with issues. I don't blame #hasnain. He needed help with this. Too few coaches have the first clue about fast bowling technique

PCB will appoint a bowling consultant for him to improve his bowling action and bring him back.

“As per the Illegal Bowling Action Regulations, until Hasnain clears his reassessment, he will remain suspended from bowling in international cricket. The report from the CA stated his elbow extension for Hasnain’s good length delivery, full-length delivery, slow bouncer and bouncer exceeded the 15-degree limits. As such, and keeping his future and Pakistan’s interest at the forefront, the PCB, on the recommendation of the HBL PSL 2022 Technical Committee, has decided he will not be allowed to continue to participate in the HBL PSL.”

It is a sad state of affairs that whenever our bowlers make a mark internationally they come under scrutiny for their actions. Why is that so? The question arises, Is this to suppress us from the international representation or something else. Will we lose him like we lost Saeed Ajmal or we will be able to see him back on the ground surprising the fans with his bowling? We will be back for more updates from the cricket world. Stay tuned and keep reading our articles on our website. Also, don’t forget to follow us on our social media accounts. 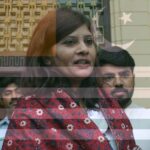 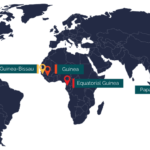