Sports events are in full swing, whether it is at the national or international level. Our young blood is on fire winning and representing Pakistan at the different championships. We couldn’t be more proud of them. In this article, we will present a sports roundup for this week.

FIFA had suspended Pakistan’s Football membership because of many administrative issues. This was a blow to the young aspiring footballers who have always dreamt of becoming one. The good news is that FIFA has restored its membership.

Haroon Malik, Head of the FIFA-appointed Normalisation Committee (NC) said, “Congratulations to the football family on the return of Football House! The FIFA NC recognizes and lauds the contributions of Dr. Fehmida Mirza in achieving this momentous milestone. We thank the entire football family for their support. It is now time to move forward together.”

Congratulations to the football family on the return of Football House! The FIFA NC recognizes and lauds the contributions of Dr. Fehmida Mirza in achieving this momentous milestone. We thank the entire football family for their support, it is now time to move forward together👉

Pakistan made its international debut in the International Tennis Federation (ITF) Wheelchair World Team Cup Qualifiers. This is also the first time that our wheelchair tennis athletes are competing in an international event.

The qualification event is featuring teams from Africa, the Americas, Asia, and Europe, as they will want to book one of the four spots in the men’s event for the World Team Cup, which will take place on May 2 in Portugal. Pakistan is in men’s Asia Group A with India and Malaysia.

Muhammad Irfan, Fida Hussain, and Asif Abbasi are fielding along with Muhammad Khalid Rehmani as the captain. They made history by defeating India by 2-1 in the first match in Antalya, Turkey.

Vice president of Pakistan Tennis Federation (PTF) Khalid Rehmani said, “This has been one of our goals and it has been very impactful for Pakistan to perform so well here. We defeated the Indian team that had very experienced players, who have been into wheelchair tennis for more than a decade. Meanwhile, our players have been playing wheelchair tennis for the past few years only.” They are looking forward to the Asian games along with finding specialized coaches.

Sindh Tennis Association facilitated by providing 15 chairs for the tennis players to overcome the challenges of shortage of chairs.

Karachi Truck Artist Has A New Technique For Shoe Paintings

The championship was held at the Punjab Tennis Academy, Bagh-e-Jinnah. Following stars shined in their respective finals:

1st President of the Pakistan National Open Polo Championship started two weeks back. It has been a pretty exciting championship. The final will be held between Diamond Paints and Newage Cables/Master Paints on Sunday.

Pakistan no. 2 in Test rankings

Pakistan has been cruising on cricket by making many records. After the test in Karachi resulted in Draw, Pakistan has upgraded its position at no. 2 along with Australia on the no. 1 spot.

Keep following us and stay for more sports updates. 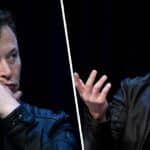 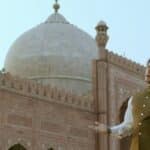