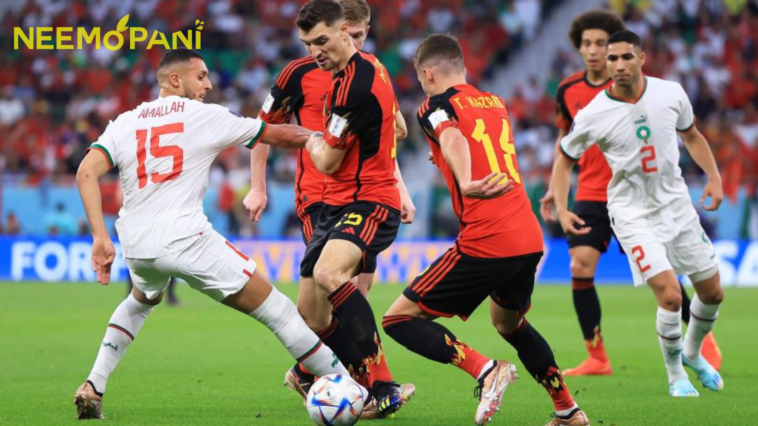 Morocco shocks Belgium in a 2-0 victory that  has put them firmly in a position to advance to the round of 16.

Sunday’s match saw Morocco hold off Belgium for the duration of the time, and in the 73rd minute, substitute Abdelhamid Sabiri scored a free kick to give his team the lead.

Belgium increased their pressure in the final 20 minutes in an effort to score, but Walid Regragui’s team held on strongly and proceeded down the other end to double their lead in stoppage time due to Zakaria Aboukhlal.

At Al Thumama Stadium, where 44,000 people had purchased tickets, there was a rowdy environment created primarily by Moroccan supporters. Morocco provided its supporters with an evening they won’t soon forget, buoyed on by this sea of red and green.

After the national anthems, goalkeeper Yassine Bounou appeared to indicate he wouldn’t be able to play, which dealt Morocco a blow.

Belgium dominated the opening exchanges, but open opportunities were scarce. Late in the first half, Morocco scored on a Hakim Ziyech free kick, but it was overturned because Romain Sass was deemed to be offside.

After a jinking run, Sofiane Boufal nearly broke the score in the 57th minute, but his shot missed the far post by a whisker.

On the hour mark, Roberto Martinez Montoliu made two substitutions: Youri Tielemans entered the game in place of Amadou Onana in midfield, while Dries Mertens took the place of the unproductive Eden Hazard.

When Moroccan goalkeeper Munir Mohamedi turned away Mertens’ attempt from just beyond the box, he nearly had an immediate impact.

Belgium threw all caution to the wind in their pursuit of an equaliser, but in injury time, Morocco broke on the counter, and Ziyech squared the ball for Aboukhlal, who fired into the top corner.

He was fantastic this afternoon. 👏#FIFAWorldCup | #MAR pic.twitter.com/nBN0YbYO1V

Morocco’s shocking victory over Belgium is their third win at a World Cup , and they now sit top of Group F. If they avoid defeat in their final game against Canada, they’ll seal their spot in the round of 16 for only the second time in their history.

Belgium’s shocked by Morocco has the qualification to the round of 16 is in jeopardy as they face 2018 finalists Croatia in their final group game. 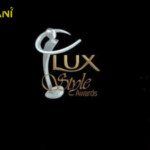 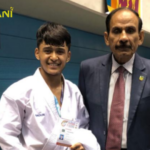