Pakistan is facing many issues as an underdeveloped country. We are known for our hard work and resilience. The young generation has seen the political and economic turmoil but has it affected the young talent. Certainly not!!! They have talent, ambitions, skills, and abilities to strive for the best as the reins are in their hands now. Our Young Mountaineers Shehroze Kashif and Sirbaz Khan are making records by conquering the highest peaks.

The son of Mountain Ali Sadpara has left such a strong legacy that we see young mountaineers conquering the mighty mountains. Just saying is not enough, he did that and became part of the mountains he loved. May he rest in peace.

Shehroze Kashif has been passionate about mountain climbing since the age of 11. The peaks that he has conquered are:

In 2021, he became the youngest mountaineer to climb K2 as part of the SST Expedition 2021.

President Dr. Arif Alvi congratulated him on Twitter that Shehroze Kashif has made the country proud.

People congratulated him on Twitter sharing their excitement and joy.

Where Shehroze has conquered the three highest peaks, Sirbaz Khan has surpassed him. He has the honor of climbing 10 peaks out of the 14 highest peaks, which were over 8,000 meters. According to the Alpine Club of Pakistan, the latest climb included the 8,586-meter-high Kanchenjunga mountain in Nepal. He was part of the team led by Nepalese mountaineer Mingma Gyalje Sherpa (Mingma G) of Imagine Nepal. He climbed it on Sunday in the early hours raising Pakistan’s flag. He thanked the nation for supporting him.

Congratulations to Sirbaz Khan for summiting his tenth 8-thousander today. He summited Kanchenjunga today and became the only Pakistani to climb 10 out of 14 8Km+ peaks in the world. He is on mission to do all 14 8Kers. Next for him is Makalu. pic.twitter.com/GFeS4SfT5a

Mountaineer Sirbaz Khan became the first Pakistani to climb 10 of the world's 14 highest peaks, all of them more than 8,000 metres, after he scaled the 8,586-metre-high Kanchenjunga Mountain in Nepal#SirbazKhan #Pakistan #Kanchenjunga pic.twitter.com/9LIjyFNX77

After scaling 8,167m Dhaulagiri mountain in Nepal on 1st of October, 2021, Sirbaz Khan became first Pakistani to have climbed 9 out of total 14 peaks in the world above 8000m. #PrideofPakistan pic.twitter.com/Opl4Fiarzc

We are immensely proud of our young mountaineers. Keep conquering the peaks and making us proud. 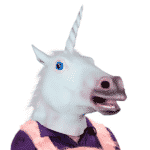