After laying off several employees recently, popular video streaming platform Netflix has once again shown the exit door to an additional 300 employees in the second round of layoffs. The cuts amounted to about 4% of Netflix workforce, and mostly affected US employees. They came after the company cut 150 jobs last month.

The platform also indicated more rounds of layoffs would be coming this year following that first group, as the platform tried to adjust for its heavily weakened stock price.

“While we continue to invest significantly in the business, we made these adjustments so that our costs are growing in line with our slower revenue growth,” Netflix said in a statement.

The company blamed the drop on a range of factors, including increased competition, the economy, the war in Ukraine, and the large number of people who share their accounts with non-paying households.

Advocates and former employees said at the time the cuts included many employees from underrepresented groups, and that the company seemed to also be pulling back on some of the diverse content it had funded in the years.

To offset subscriber losses, Netflix is also considering adding advertising to the service in return for a lower-priced subscription in addition to cutting costs, a move it had long resisted. 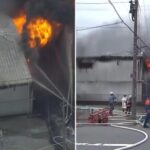 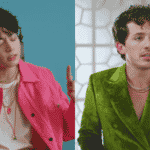