While there are negotiations happening to convince the International Monetary Fund (IMF) to release bailout payments, the PML-N-led coalition government presented a federal budget on Friday. Although an increase in petrol prices has left everyone in shock, the new budget has brought mixed sentiments.

The PML-N-led government claims that Pakistan is facing a balance of payments crisis, with foreign reserves falling below $10 billion, hardly enough for 45 days of imports, and a widening current account and ballooning fiscal deficits. Budget 2022-2023 announced on Friday is said to tackle the ongoing crisis.

“Economic stability is our foremost priority … we have to set strong foundations of economic development that is based on sustainable growth,” said Finance Minister Miftah Ismail.

The budget for 2022-2023 seems to have been designed in such a way that the IMF is satisfied and releases the halted bailout. Energy and fuel prices are expected to go higher, which will ultimately increase inflation in the country.

Tax and subsidy-related incentives given to the construction and real estate sector have been reversed.

The defence budget, on the other hand, increased by almost 11pc to Rs1.523tr against Rs1.37tr.

In his budget speech, Mr. Ismail said the government preferred national interest over political capital and started taking tough decisions to bring the country back on track.

Some other decisions in the new proposed budget include: 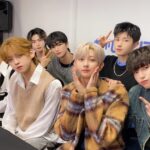