Former cricketer Shoaib Akhtar has left the sports buff overjoyed as he announced the launch of his biopic titled; “Rawalpindi Express – Running against the odds“. The famous cricketer has decided to tell his own story in the form of a biopic and named it after his on field nickname, which he got for being one of the fastest bowlers of his time.

On Sunday, he shared a teaser for the film, captioned, “Beginning of this beautiful journey. Announcing the launch of my story, my life, my biopic, Rawalpindi Express — Running Against The Odds.

The short clip features a very misty frame with train tracks at the centre and Akhtar’s character, with his back to the camera, running. The camera zoomed in on him and his jersey with the number 14 took up the screen all the while a train siren is audible in the background though no locomotive is seen. The teaser also revealed the release date for the film — November 16, 2023.

The director, Muhammad Faraz Qaiser, said actualising an idea he had in 2016 is like a dream come true for him.

Shoaib Akhtar has got his fans all around the world super excited for his biopic, including us. He is undoubtedly a big name in the cricket world and we highly anticipate learning more about the star through his biopic. Shoaib Akhtar is more than what meets the eye and we can’t wait to find out.

The biopic is said to be released in November 16 2023 with no further details disclosed. 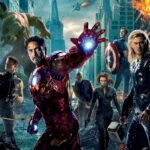