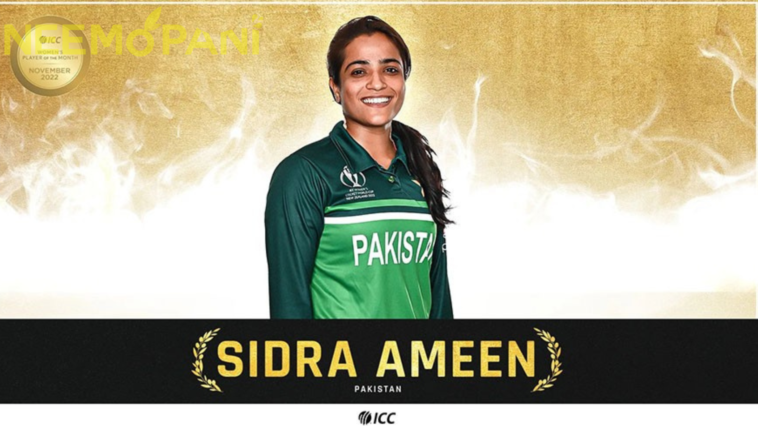 Pakistan’s Sidra Ameen became the second successive winner of the ICC Women’s Player of the Month award from the country, thanks to her brilliance in the recently concluded ODI home series win over Ireland.

The opening batter Sidra got the honour for posting mammoth scores against Irish side.

England captain Jos Buttler claims the ICC Men’s Player of the Month award after being at his remarkable best with the bat in his side’s charge to T20 World Cup triumph in Australia last month as the International Cricket Council (ICC) on Monday announced the winners of the ICC men and women Player of the Month for November 2022.

Sidra got the award due to her dominant performances against Ireland in November’s ODI series, becoming the second successive winner of the prize from Pakistan after Nida Dar won back in October.

Sidra claimed her inaugural ICC Women’s Player of the Month award after beating two other prolific batters in the global vote – Thailand’s Natthakan Chantham and Ireland’s Gaby Lewis, who both piled on the runs in their respective matches during the month.

Amassing 277 runs through the series and only being dismissed once, Sidra started the month with her highest score in ODIs, a remarkable 176 not out, as the hosts claimed a convincing 128-run victory in the first match.

Ireland’s bowlers were left equally powerless to stop Ameen in the second ODI, as she posted another unbeaten score of 91 from 93 balls, this time to chase down the target in a nine-wicket victory.

Despite finally losing her wicket in the third ODI, Sidra walked away with the Player of the Series award to cap off a memorable series, and a successful run of performances in 2022.

On winning the ICC Women’s Player of the Month award for November,Sidra commented: “I feel great to have won this award.

It is also special following my teammate Nida Dar who won the award for October. This shows our team has displayed some great performances in the past few months in international cricket.

“I would like to dedicate this award to my parents and to everyone who has always supported me and prayed for my success. My performance with the bat against Ireland which helped the side claim the sweep over Ireland in the ODI series at home will always remain close to my heart.

“Individually, this year has been great for me, I have scored three ODIs centuries and all coming this year. And to top it off, ending the year by winning the ICC Women’s Player of the Month for November is just amazing.”

ICC Hall of Famer and member of the voting panel Lisa Sthalekar commenting on Sidra’s performance said : “When you get an opportunity to score a hundred it is a special moment, but for Sidra to go on and make it a big one, 176 and then to back it up with 91 in the very next match, this shows not only that she has the skills, but she has the temperament.”

England’s triumphant skipper Buttler once again underlined his reputation as one of the most fearsome batters in world cricket last month. November started with a Player of the Match performance in the dramatic 20-run victory over New Zealand in Brisbane.
Making his 100th T20I appearance, the opener smashed 73 from 47 balls to provide some much-needed momentum to England’s campaign. 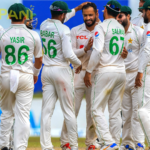 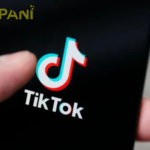