A sport is nothing without its rules and laws. But they should be neutral and beneficial rather than being controversial or catering to a specific side. Cricket laws have been changing over the years to facilitate the players. Marylebone Cricket Club (MCC) is the governing body of cricket that defines the laws for cricket. So, MCC has introduced nine new cricketing laws. They will come into action in October 2022.

The nine laws are:

Before this, the replacement players had no connection with the players they were replacing.

Earlier, the invasion on the ground did not affect the runs, but now if there is any interference in the ground, that ball will be declared dead.

‘If a bowler throws the ball in an attempt to run out the striker before entering their delivery                 stride, it will be now dead ball.’

Earlier, this was known as a no-ball.

Before this, the wide was called according to how the batter ended while playing the ball. Now, the umpires will decide according to the position of the batter when the delivery is bowled.

Earlier the Batter had the leverage of leaving the pitch and playing the ball with it, but now their bat or themselves should be inside the pitch.

Any movement by the fielders, when the bowlers run, would be an unfair movement. 5 runs would be awarded to the batting side as a penalty.

‘Running out the non-striker – has been moved from Unfair play to Run out.’

Earlier, it was an unfair movement on the part of the bowler and against the spirit of the play. Now it is declared as run out.

Earlier saliva was used to shine the ball, now it will be considered ball-tampering.

We hope that it does not harm the spirit of the game and no one uses these laws for their own benefit. 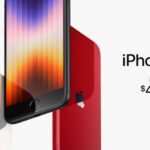