Seamer Sam Curran (3/12) and Adil Rashid (2/22) were near unplayable for much of Pakistan’s innings, with the duo picking up five valuable wickets between them and conceding just one boundary.Rashid picked up the massive wicket of Babar Azam for 32 just as it looked like the skipper was about to accelerate and Pakistan’s batting innings never reached great heights from that point on.Shan Masood (38) and Shadab Khan (20) contributed some handy late runs, but their total of 137/8 was never going to be enough with England’s strong batting line-up.

While England were marginally ahead when requiring 41 from the final five overs, the game turned even more their way when Pakistan pace spearhead Shaheen Afridi was forced to limp off after the first delivery of his third over.

Afridi had given Pakistan some life when he produced a superb yorker to send the dangerous Alex Hales packing for one and fellow quicks Haris Rauf (2/23) and Naseem Shah (0/30) were working off his energy and bowling with great pace.Afridi was brought back for his second spell and it could have been pivotal with Stokes and Moeen Ali (19) needing to score at more than eight runs per over to clinch victory.But Afridi was still feeling the effects of landing awkwardly following a catch earlier in England’s innings and limped from the field, leaving Iftikhar Ahmed to bowl the reminder of his over.

The experienced left-hander seized on Afridi’s injury quickly as he smashed a four and a six off Iftikhar’s final two deliveries to put England firmly in the driver’s seat.It quickly turned from a tough situation to an easy one, with Moeen joining in on the act with consecutive boundaries off Mohammad Wasim to put the victory target within sight.And while Moeen lost his wicket late, Stokes was there at the end with the match-winning half-century ensuring England claimed a thrilling five-wicket victory and a second T20 World Cup title.

Player of the Match: Sam Curran

Player of the Tournament: Sam Curran 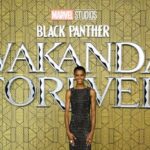 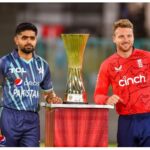